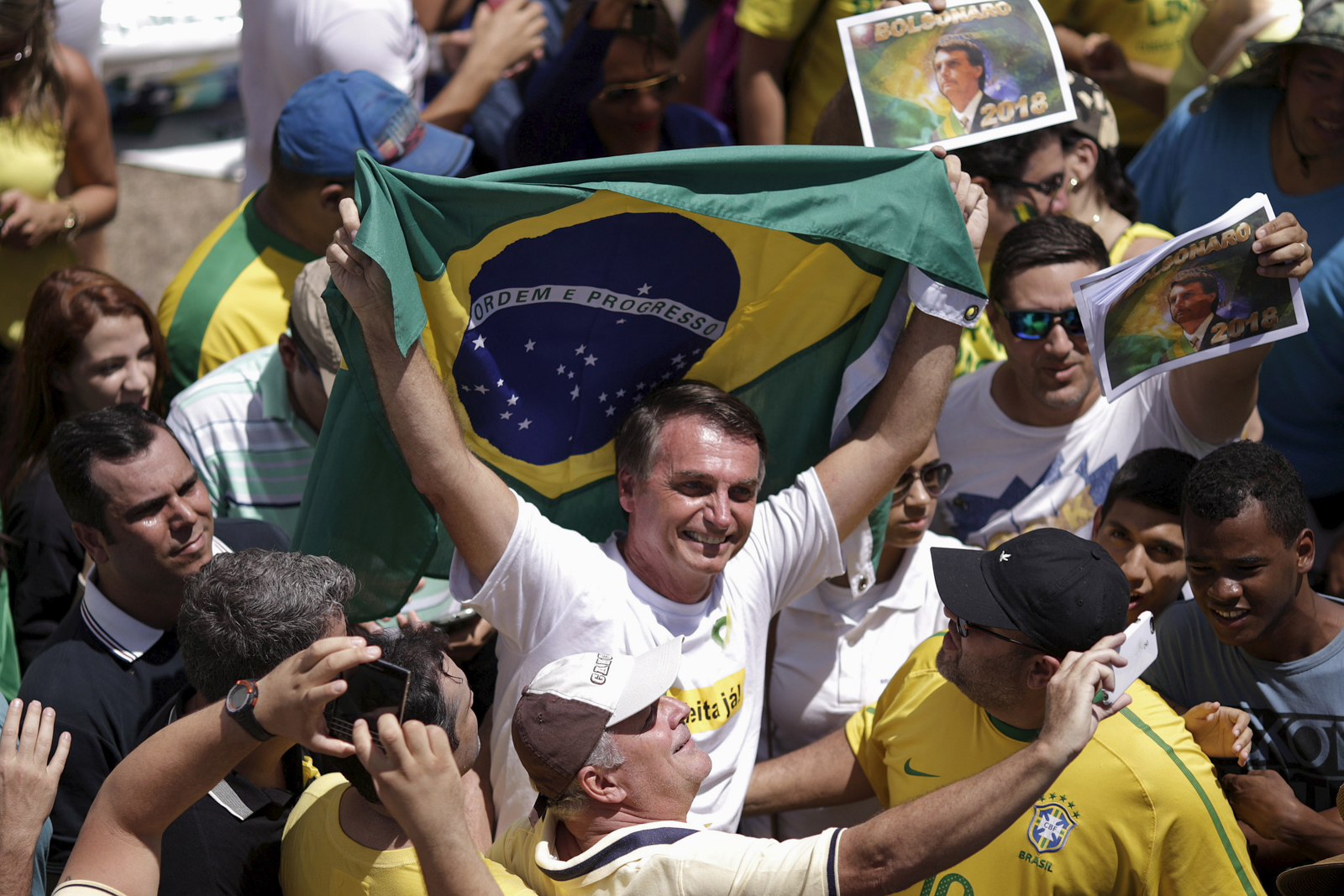 Network. "The hope of a neo-liberal renewal of the Brazilian economy is linked to the new President Jair Bolsonaro," says Christian Hirmer, President of LIDE Germany: "The challenges are great and the implementation of the necessary reforms will be decisive for the country's future. The big question now is: Kann Bolsonaro also supply?"

The election victory of 63-year-old former paratrooper Jair Bolsonaro is the result of anger, weariness and a deep desire for change. Anger at the fact that about 40 percent of all politicians in Congress and Senate in the capital Brasília were and are accused of corruption. Tired of high crime rates - in 2017, 63 880 people died in crime in Brazil. A strong man at the top should enable normal public life and economic prosperity in the future.

Jair Bolsonaro, representative of the Social Liberal Party (PSL), stands for the hope that the problems in the country will be tackled. And although the new president split the country because of his proximity to the military, his nationalist attitude and right-wing populist slogans im Wahlkampf, the vote of the capital markets was unequivocal. Since the end of September it was clear that Bolsonaro would probably win the election (private wealth reported in the online section), prices rose. The Bovespa stock market index reached a new high for the year, the Währung Real appreciated by more than ten percent against the dollar and bond interest rates fell by 2.5 percentage points. Depending on the maturity of the securities, this also meant high double-digit gains.

"That's a lot of advance praise, which by the way has less to do with the person of Bolsonaro than with the competence of his business consultant Paulo Guedes," says Fabiana Oscari-Bergs, Brazilian and Managing Director of LIDE Germany.

Paulo Guedes holds a PhD from the neo-liberal University of Chicago and is a highly respected expert on banking and stock markets. It is to act as a kind of "super minister" in the newly planned Super Economic Ministry and ensure a strong economy in Brazil. In order to give it all the necessary powers, the Ministry of Industry has been integrated into the Ministry of Finance.

"Priority number one is the reform of the pension system," Guedes said before the election, "second is the reduction of public debt. We will push ahead with privatization and reduce our interest payments." It also has measures to reduce government spending and tax cuts on its agenda. "All this is, of course, music to the ears of investors and entrepreneurs," Christian Hirmer, President of von LIDE Germany, reflects, "Brazil is actually being given the opportunity for the first time in its history to test a radical form of free market economy. This is gonna be exciting." 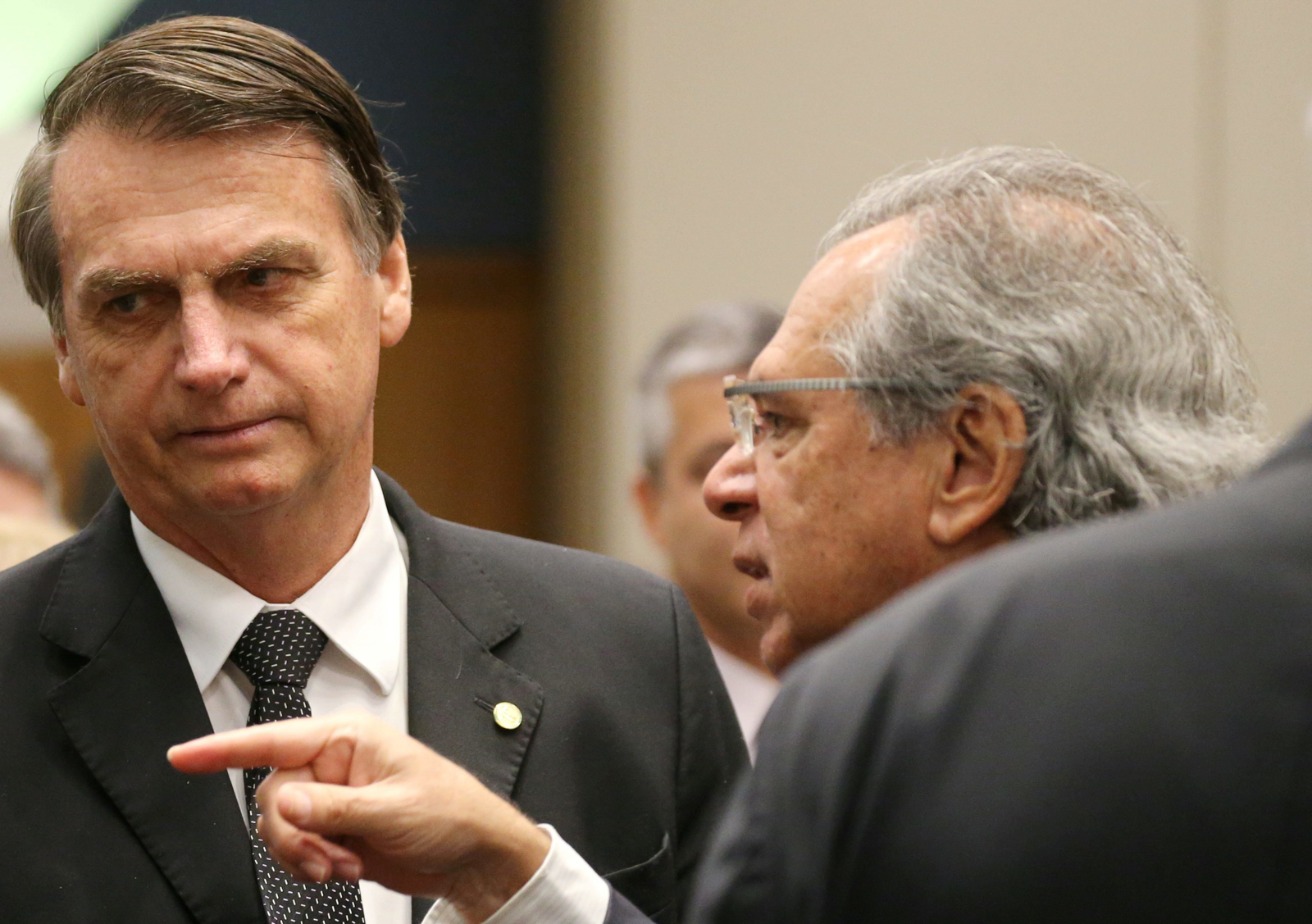 "The pension reform in particular is overdue," adds Oscari-Bergs. About 60 percent of the federal budget is currently used for pension payments. Due to the increasing number of pensioners, costs would rise dramatically in the future. "If nothing is done, pension expenditure should reach a good 70 percent of the federal budget by 2030. Das would be economically unacceptable."

But the president of the German-Brazilian business network also likes other projects. "The plan to establish the independence of the central bank will strengthen confidence in a stability-oriented monetary policy."

Hirmer also sees the upcoming appointment of Sergio Moro as Minister of Justice as a positive development. He was the investigating judge in the investigation of the "Lava Jato" case - the biggest corruption scandal in Latin America. And last year he sentenced former President Luis Inácio Lula da Silva to imprisonment at first instance for bribery. "It is very important for society and investors that confidence in the independence of the judiciary and the integrity of politicians is strengthened," explains Fabiana Oscari-Bergs and concludes: "If all these reforms were implemented quickly, Brazil would become even more attractive for investors from Germany in the future.

Der Konjunktiv "would" is set at this point with caution. For in order to realise his Supreme Minister's agenda, Bolsonaro must forge alliances, win over strong interest groups and disempower others who currently benefit from subsidies and a protected economy.

"It won't be easy," Oscari-Bergs suspects. Finally, the legislative power in the Confederation is the so-called National Congress, which is highly fragmented with 28 parties. It consists of the Chamber of Deputies and the Senate. The 513 deputies are elected for four years, the 81 senators for eight years.

Traditionally, the presidents of Brazil have a conflict-laden relationship with Congress. "It could be particularly difficult for Bolsonaro because his party only holds ten percent of the seats in Congress," informs Fabiana Oscari-Bergs. The formation of alliances and coalitions is likely to be made more difficult by the fact that Bolsonaro has sharply criticised im Wahlkampf the political system. In the past, one way of gaining approval was to allocate ministerial posts to other parties. However, Bolsonaro has promised to halve the number of ministries to 15. Even the planned inclusion of five army generals in his cabinet should not make the process any easier.

Now the clock is ticking. "Experience shows that a new president has the best chance of reaching an agreement with MEPs in the first 100 days of his term of office. At this stage, the parties are still prepared to compromise in order to make joint work possible. So it will now be a question of getting the important projects off the ground quickly. Bolsonaro knows that," says Oscari-Bergs.

Preparations for the handover are underway. The future must show whether Jair Bolsonaro can then meet the high expectations.

"As an entrepreneurial network, we will certainly support the reform efforts," Christian Hirmer makes clear and suggests that he might even expect a little more from another election in Brazil. "Parallel to the president, the governors of the 26 states were also elected. João Doria - the founder of our entrepreneur network LIDE (left) - won the race in São Paulo, the most populous and economically most important state in the world. This approach will help us to better represent the interests of German entrepreneurs in their commitments in Brazil in the future." ®

"We are the lobby of entrepreneurs."

João Agripino da Costa Doria Júnior becomes the 37th Governor of the State of São Paulo. On 1 January 2019, the 61-year-old politician and founder of the LIDE network will take up his new post. From January 2017 to April 2018, he was already mayor of Brazil's largest city with over eleven million inhabitants. Politically, the entrepreneur is close to the new president Jair Bolsonaro. Like him, João Doria advocates decisive action against criminals and supports Bolsonaro's project to prevent corruption in the country and promote privatisation.

João Doria is a member of the Social Democratic Party PSDB in Brazil. He comes from an entrepreneurial family expropriated by the military in 1964, studied psychology in Paris and Sussex and was successful as a journalist and entrepreneur from an early age. In 1992 he founded Grupo Doria, which consists of six companies. She is mainly active in communication, TV, events and marketing. Doria also publishes 16 publications, including lifestyle magazines. The largest corporate events in Brazil are organized by Grupo Doria companies.

Almost 15 years ago, João Doria established LIDE's global network of entrepreneurs at the highest management level. The trained journalist worked as a presenter in various TV programmes at a young age and got to know many politicians and entrepreneurial personalities in this role. In order to network them, he invited his former interlocutors to dinner at his home in 2003. This was the birth of LIDE. A few years ago he founded the first German branch of LIDE in Munich together with Christian Hirmer.

The aim of the network is to bring together German and Latin American companies, in particular Brazilian companies. The network establishes highly qualified, industry-specific contacts that serve the exchange of information and open doors that would otherwise remain closed even with the greatest diplomatic effort. The 2000 members can network worldwide and make use of the approximately 200 high-quality LIDE events. This is how they, their company and their concerns become known in relevant places. LIDE sees itself not only as a network of financial interests, but through its commitment in economic, ecological, educational and social areas conveys how responsible, sustainable coexistence of cultures can function.

Are you looking for an efficient, fast and successful market entry or the right partners for new business ideas and projects in Latin America? Then LIDE is the right contact for you.