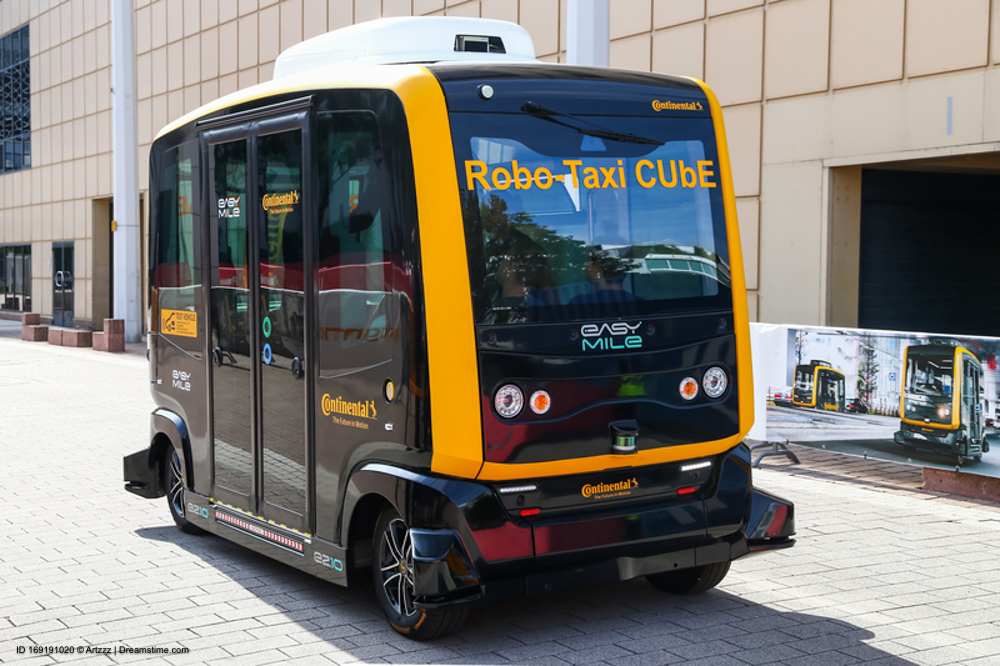 According to a study by UBS, eleven million self-driving taxis are expected to be in use worldwide in 2030. By 2040, that figure will rise to 60 million. The impact on various industries and stock markets will be considerable.

In a suburb of Phoenix, in the US state of Arizona, the future has begun. There, Google subsidiary Waymo has been testing self-propelled taxis since December 2018. According to an analysis by the Evidence Lab of the Swiss UBS, it will take until 2028 before such a service is available to the general public. But then things will probably move quickly. In 2030, eleven million self-driving taxis are expected to be on the roads worldwide, and ten years later, 60 million.

Because the economic effects will be enormous and the future will be paid for on the stock market, UBS's analysis is already of interest to investors today. The total turnover of the robot taxi fleets is expected to exceed two trillion dollars by 2030. By 2040 it is expected to grow to almost ten trillion dollars. By way of comparison, the turnover of the global taxi industry is currently estimated at just USD 108 billion. And it will be a lucrative business: A robotic taxi only needs to travel two hours a day to reach the break-even point, the point at which it begins to generate revenue. The overall profit margins are expected to be over 90 percent. The customers will also win: Waiting times should be significantly shorter than today and the cost of a taxi ride should fall by around 80 percent. According to the experts, the number of traditional taxis will then, however, drop by 67 percent compared to today. And the current business model of Uber or Lyft will also be up for discussion, which is why Lyft, for example, announced a partnership with Waymo in May 2019.

One of the main beneficiaries: the tyre industry

In the next step, the analysts of the UBS Evidence Lab examined the impact on individual sectors. For the car manufacturers, the effect does not appear to be all that great at first. After all, the eleven million robotic taxis that will be on the road in 2030 represent only about one percent of the global number of vehicles.

But it is interesting to note that these vehicles will cover an average of six times as many kilometers per day as a private vehicle. This means that wear and tear will skyrocket. A self-driving taxi will only last three years instead of ten. This should benefit the then leading car manufacturers noticeably.

Video and audio content will also receive special attention in terms of autonomous driving. According to UBS, this sector today has a total annual turnover of 2000 billion dollars. In 2030, robotics alone is expected to add another 237 billion dollars, while analysts see additional sales potential of 1.15 trillion dollars per year by 2040.

In the context of this development, ever larger amounts of data are likely to be sent. For the telecommunications service provider industry, experts estimate the additional revenue potential at 100 to 120 billion dollars per year or 10,000 dollars per year per robot taxi. And battery manufacturers will also benefit: Their turnover with robot taxi fleets is expected to reach 35 billion dollars in 2030 and then triple in the following ten years. Currently, the total annual turnover of this industry is 16 billion dollars.

The question remains, who will manage these fleets? According to UBS, of course, the car manufacturers themselves will be the first ones to be considered. Tesla, for example, has announced its intention to set up a robo-taxi network in 2020. Other potential fleet operators include companies such as Uber or Lyft and car rental companies. For Uber and Lyft in particular, the success of the transformation could be existential.

As always when looking far ahead, there are of course a number of forecasting risks. The UBS experts cite regulation and security as two of the most important. Only if robo-taxis offer sufficient security will they be considered for mass deployment. And they will be able to assert themselves in the market.

The market for self-driving taxis will lead to huge upheavals in a whole range of industries. Today, it is hardly foreseeable who will prevail as a fleet operator, for example. But it is interesting to note that UBS expects EBIT margins and valuations to develop positively in certain sectors. These include, in particular, tire and semiconductor manufacturers and the leading platform operators on the Internet. Focusing on these sectors with a long-term investment horizon should pay off in the long term.