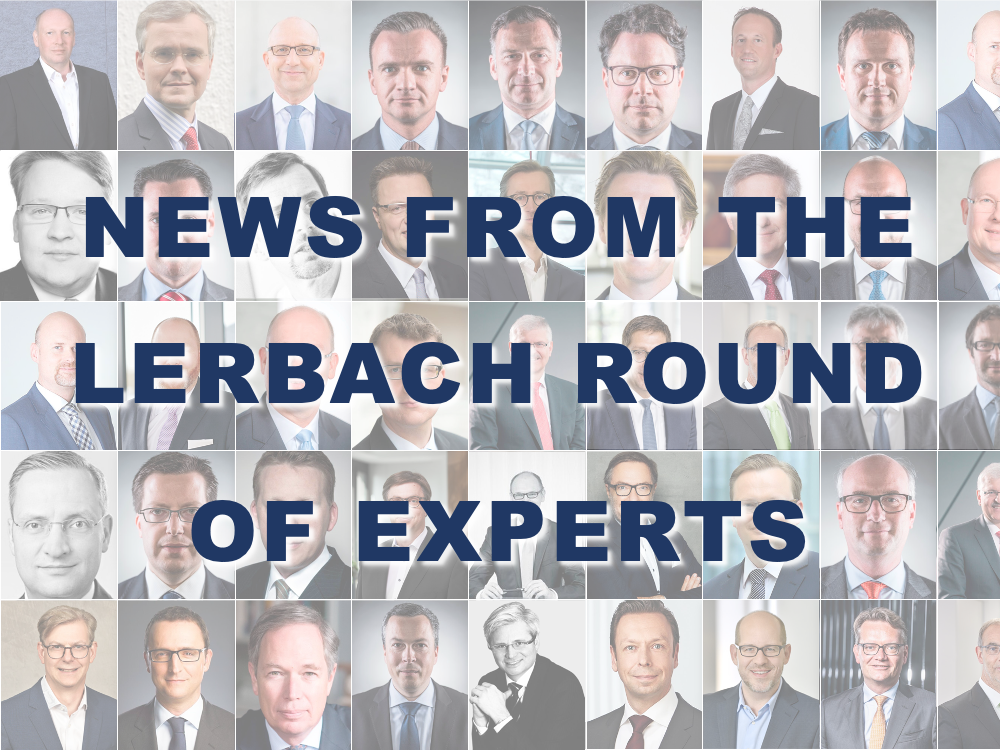 In view of high inflation rates, interest rates are rising worldwide. After around three years in negative territory, there are now positive yields on ten-year federal bonds again for the first time. And central banks are signaling that they will take their foot off the gas this year. Analysts are therefore already talking about the start of a new investment regime. What is in store for investors?

The editors of private wealth asked the Lerbach Competence Circle - 40 strategists from family offices, private banks and asset managers - for their take on inflation, monetary policy and interest rates.

Inflation, the Lerbach Competence Circle suspects, will definitely keep us busy throughout the year. In Germany, the increase in consumer prices is expected to fall from the current 4.9 percent to only 4.2 percent by the middle of the year. And even at the end of the year, the professionals still estimate the inflation rate at 3.3 percent.

The descent from the inflation peak in the USA is proving just as tough. There, the pros have 4.9 percent at mid-year and still 3.8 percent at the end of the year.

The U.S. Federal Reserve will therefore act soon, the capital market professionals are convinced. By the middle of 2022, the expert panel expects an average increase in the U.S. key interest rates in the range between 0.5 and 0.75 percent. In June or July, the U.S. Federal Reserve would then also begin to reduce its balance sheet. This so-called QT (quantitative tightening) refers to a process in which the central bank slowly sells part of the bonds it has accumulated in recent years on a net basis. On balance, this is intended to carefully withdraw liquidity from the market.

By the end of 2022, the competence circle then sees the key interest rate in the U.S. between 1.0 and 1.25 percent. In step, the professionals therefore expect the Fed to make four interest rate hikes. This makes the round somewhat more defensive than the market consensus. For this now assumes 5 interest rate steps of 0.25 percentage points each in 2022.

According to the experts, the ECB will move even more slowly. It is true that the bond-buying program is likely to be slowed down significantly in the future. Three of the 20 participants even assume that the ECB will never reduce its balance sheet again.

There will also only be key interest rate increases in the euro area in 2022 - if at all - in homeopathic doses. Only three of the respondents expect a change in the deposit rate - currently minus 0.5 percent - by mid-year. If the forecast period is extended to the end of the year, half of the participants still believe in a first, small interest rate step by the ECB. "With inflation currently at 5.1 percent and the ECB expecting economic growth of 4.1 percent in 2022, the central bank will have to focus more on the contractually agreed goal of price stability in 2022. In this environment, there is also no reason to continue buying government bonds on a large scale," explains Jan Viebig, ODDO BHF.

Overall, however, the group of experts is also more cautious about ECB policy than the market consensus, which expects a faster and more pronounced turnaround in interest rates after the ECB's latest meeting. "I think the reason for the majority view that the ECB is doing little or nothing stems from the fact that people can't imagine the ECB causing problems for itself with interest rate hikes by bringing the discussion of refinancing debt in Southern Europe back into the discussion. The fear of rising key interest rates and fewer bond purchases alone has caused the interest rate differential between German and Italian bonds to rise," comments Christian Jasperneite, M.M.Warburg & Co.

The interest rate forecast that the Lerbach Competence Circle derives from their considerations is particularly interesting. It sees the yield on ten-year German government bonds averaging 0.23 percent at mid-year and 0.32 percent at year-end.

U.S. government bonds with ten-year maturities are then expected to yield 2.05 and 2.17 percent.

Since yields have already risen significantly in recent weeks - to 0.2 percent for Bunds and 1.9 percent for U.S. Treasuries - the residual risk in the bond market has apparently diminished. "Even if one or more ECB rate hikes come, it will happen at a time when inflation will be on the retreat again. The fact remains that we have seen most of the rise in interest rates," Michael Winkler, St. Galler Kantonalbank, is convinced.

For equity investors - especially in Europe - this is good news. Companies' sales should be able to increase significantly in times of higher volume demand and higher prices. If bond yields remain roughly at the current level, interest rate fears would be exaggerated and share prices could rise in line with corporate earnings in 2022.

Only in the tech sector, which has recently been hit hard, do the majority of professionals remain cautious. 16 out of 20 survey participants do not believe that the correction in this sector is over yet. "Because the FED is definitely taking the path of normalization, also with regard to the reduction of the balance sheet, we still remain cautious here," explains Jasperneite. 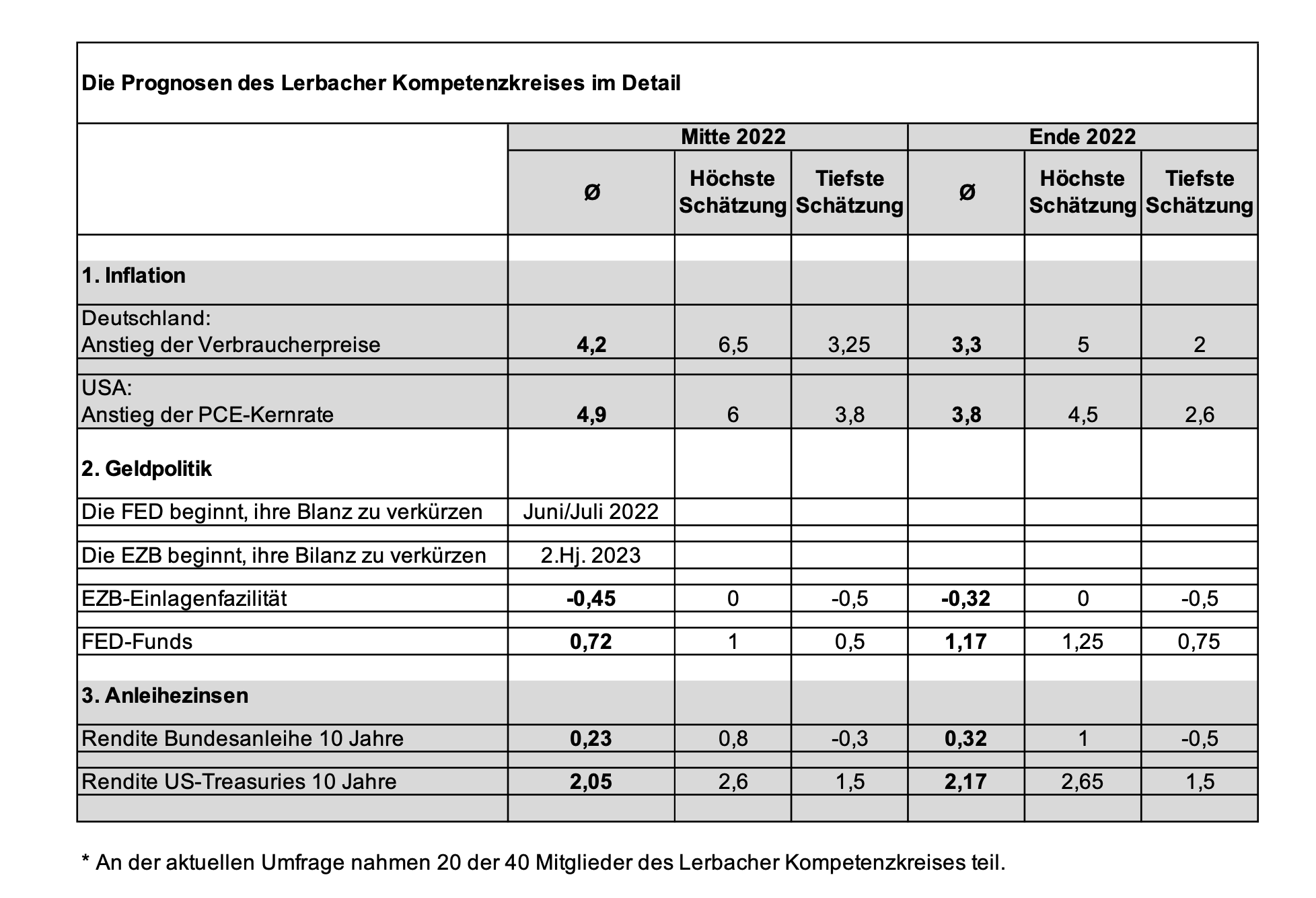